When everything works out, it is because the numbers add up. Ten years ago I ventured into the realm of arithmetic and compared the primary school options available for my daughters, as we had an opportunity to move to another city. At that time we were living in Macao, a fascinating and cosmopolitan city, yet patriarchal and small in comparison with the gigantic Hong Kong nearby, a former Portuguese colony where fortresses, temples and churches dating back to the 18th century stood in close proximity with brand new glittering hotels and casinos that made Las Vegas look patriarchal. Our two girls were going to a Portuguese kindergarten where also English and the local Chinese dialect was being spoken. However, at home we were stubbornly speaking Romanian and none of the other three, which meant that the girls would have to be quadrilingual. The term does not exist, as trilingualism is the maximum accepted in all infantile psychology books. But the load on my daughters’ shoulders seemed lighter in Singapore, where the tally showed only three.

One plus two is less than one plus three. Looks much better when languages to learn are counted, although nobody asked the poor children whether they wanted to undertake such a difficult task or not. In his autobiographic novel “Speak, memory!”, Vladimir Nabokov describes the world of trilingualism acquired at a young age. When any object or concept is associated in a young mind with a list of three different terms or expressions, the surrounding world becomes a little bit more than tridimensional, a place that only Einstein’s physics could approximate theoretically. But everything has a price tag, and this wealth of words was paid in cultural points of reference.

For a Romanian born and raised in a society where only one language was being spoken, every object or concept bore exclusively one name. When it came to cultural points of reference, things were much more complex, as the totalitarian socialist society I was living in offered a fake system of orientation: one party, one leader, a plethora of enemies beyond the borders. From family conversations, discussions with friends or books, a series of personal choices to replace the official package was available, yet it had to be constructed in secret. Once the decision to move abroad had been taken, things changed abruptly.  Anybody who is aware of the fact that a long period of time is about to be spent in foreign lands may go through moments of confusion, feel the butterflies in the belly, may experience the sensation of falling in an abyss. This is called anxiety. It fades away with time, but some of these emotional states are so intense that they become impossible to forget. And it all comes from the fact that the usual landmarks of life, childhood places of memory, populated by family and friends, all affective landscapes in the city or in the countryside, all school buildings or workplaces, forests and streams are left behind and await being replaced by other landmarks of everyday life.

A European civilisation course offered to Singaporean students opens with an introduction to ancient history, of which the Egyptian civilization is an important part. When topics such as mythology, visual arts and especially architecture are discussed, one customary question arises: why? It is pretty easy to guess the functionality of temples and pyramids,  but things get complicated when an apparently useless monument such as an obelisk is brought in the conversation. What is the use of that? Once extracted from their original environment, the obelisks of Rome, Paris or London became part of the continental European heritage,  and the meaning of their inscriptions lost their significance. And the conversation with the student stalls until somebody remembers that there is an obelisk in Singapore too.

With the exception of Oriental languages departments, no university in Europe or US offers core modules that are focused on Asian culture and civilization.  In Singapore, a few polytechnic institutes and undergraduate programs include European culture modules in their basic curricula because there is value in being more adaptable and informed on foreign cultures once on the international work market. A shorter time dedicated to the anxiety of being abroad also pays off.  Singaporean students read classical European and American texts, explore the geography and traditions of the Western world and find, for example, elements of Greek Corinthian columns, Roman arches or Neo-gothic features on heritage buildings. They are led towards the discovery of Europe at home also by means of research.  Without talking about the ubiquitous internet, they also delve into books on Europe that are easily available at a library that exist either inside each major mall or in its vicinity. For their European counterparts, it is not that easy. There is only one major history textbook exclusively dedicated to Asia available worldwide, the one written by Rhoads Murphey, and the only other available method to study Asia is by selecting material from world history books or by going through different works that restrict their study area to a natio-state, sub-region or historical period.  Despite the vast material in front of them, both Singaporean and European students may get the job done on one condition: to identify a point of reference.

Just below the slopes of Fort Canning there is a place that was once chosen by the British to build the first warehouses, hotels and fortifications of early 19th century Singapore.  There, next to the Asian Civilizations Museum a few meter high obelisk stands tall, yet in the shade of numerous other popular tourist attractions. In the vicinity, for example, the too warmly-dressed and folded-handed statue of the first colonial Singapore founder attracts much more attention. But the Dalhousie obelisk, a smaller replica of Cleopatra’s needle from Trafalgar Square that was built in 1850 to mark an official visit has a deeper meaning that is largely overlooked.  It was meant to signal to all traders passing by that Singapore was a free trade port. One of the motives for which Singapore has known prosperity in the last century and a half is discretely laying in the shade of umbrella-like canopy.

There is no need to go into the details of how a free trade port works, but it is true that this system of trade initiated by the British was based on arithmetic: a tradesman prefers to pay less taxes, if possible. A greater volume of exchanged goods is also a source of income for the local administration that stays away from bribes and under-the-counter commerce. The system worked in Hong Kong just fine, as the British free port managed to attract almost all the major trade deals with China from its early days, stealing them from the traditional colonial outpost that had been represented for more than two centuries by Macao.  Same happened after Singapore replaced Malacca as the favourite destination of ship captains that sailed between Asian countries and Europe, and all knew what the obelisk meant: more profit.

A similar experiment was attempted in the port of Sulina, on the Romanian Black Sea coast. That free port fell victim to frequent disputes in the area and especially lost efficiency when railway transportation became cheaper during the late Industrial Revolution period. Even Macao had ots own obelisks, some still visible on the Saint Paul façade, although the cathedral that stood behint had been lost for a long time to fire. The fact that the Portuguese chose to put obelisks on churches instead of a commercial area tells a lot about the difference between the Portuguese and British colonial priorities.

Every person is free to chose a set of points of reference. Then change a few, if necessary. In a city raised on the building blocks of  mercantilism,  two children learning in an English-Chinese school were offered one more point of reference, my firs one: the Romanian language. As for the others, it is their responsibility to choose their own, and all will be fine as long as they have a good knowledge of the basic rules of arithmetic. 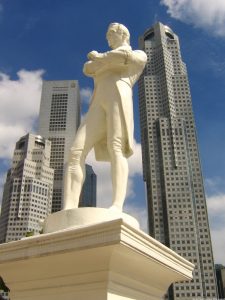 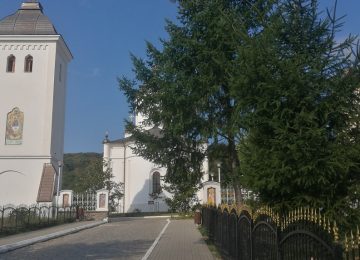 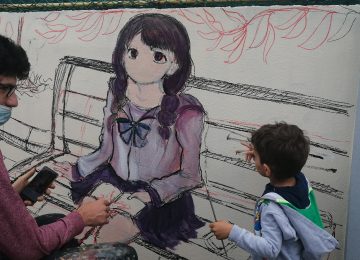 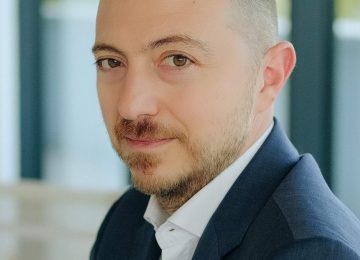 Revolut is the fastest growing technology company in Europe, the Middle East, and Africa, according to the latest Deloitte Fast 500 competition

Postat de Curierul de Ramnic - 16 august, 2020 0
FacebookTwitterRevolut is the fastest growing technology company in Europe, the Middle East, and Africa, according to the latest Deloitte Fast… 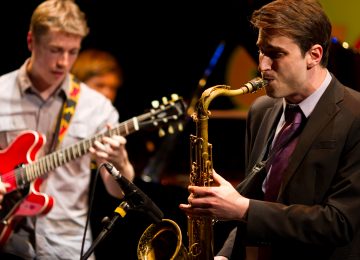 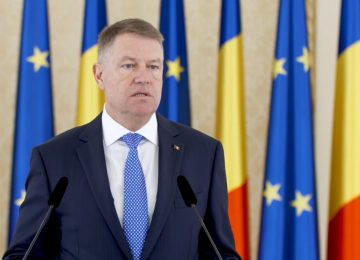